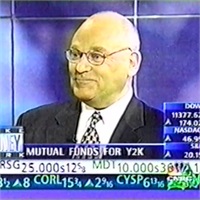 Vern has been a CFP since 1978 and in private practice for 51 years. He has over 317 appearances on TV including CNBC, Bloomberg, NBC, ABC, CNN and others. He is an expert in Retirement Life Planning and has written 3 books (see below).

He was also a Major in the United States Air Force.

His latest book was published by John Wiley entitled "Getting An Investing Game Plan" and he is writing his fourth book entitled "How do I know you won't steal my money?"

Vern was a founder of The National Endowment for Financial Education and Chairmen of the Board for two years. The parent of the College for Financial Planning.

Vern was the founding President of The Greater Hudson Valley Chapter of the Financial Planning Association in 1987.